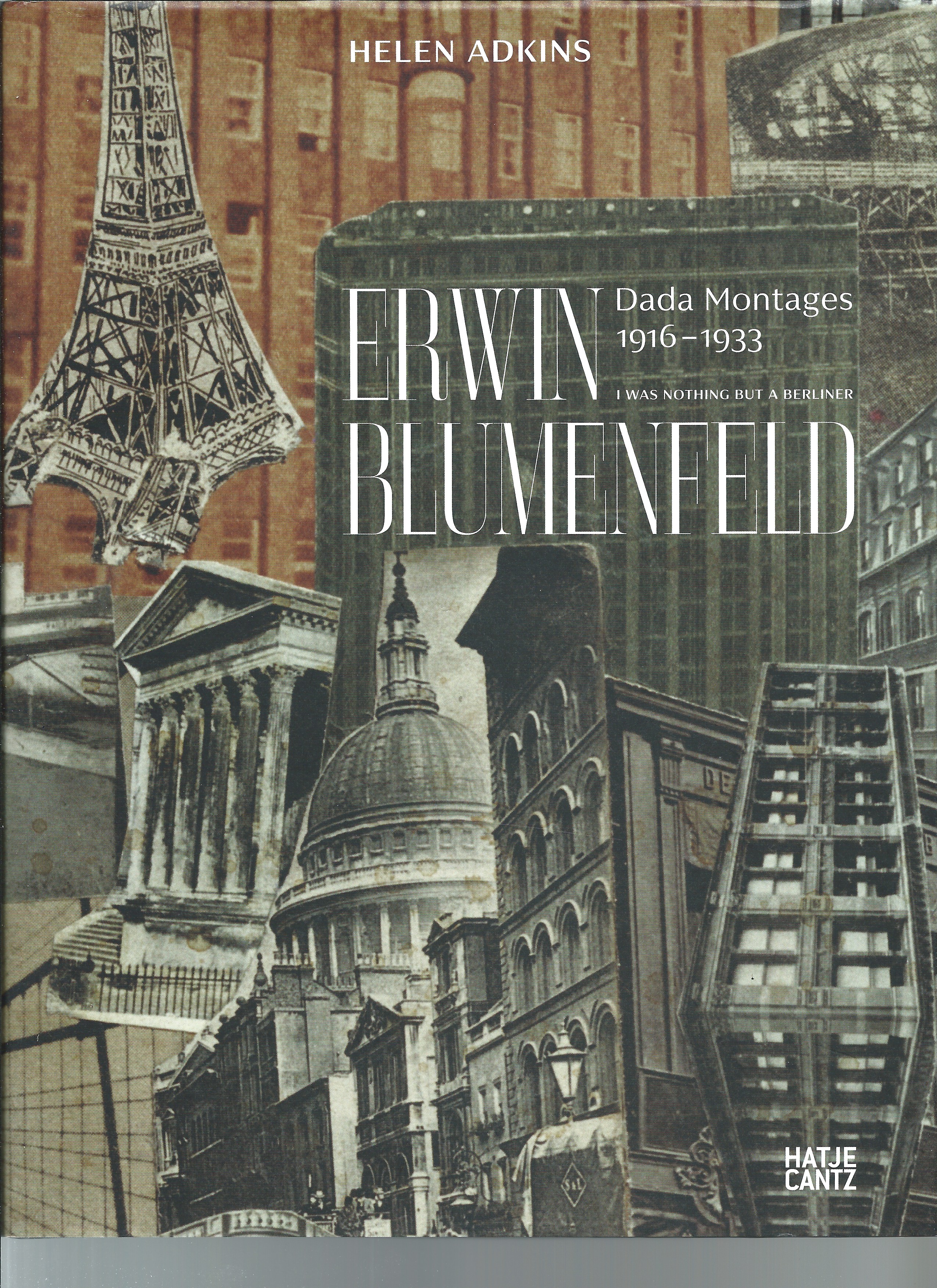 Around 1905, Walter Mehring and Paul Citroen met on Derfflinger Strasse, on the “asphalt of which we were raised together“ (Walter Mehring: Citroen Dada; in: Die Weltwoche 1980). In an early letter to Paul Citroen, Mehring drafted the plan for a vaudeville show in which Blumenfeld was to be given the tailor—made role of an improviser. His friendship with „Wee-wee-Dada,” as Blumenfeld called Mehring, was more of a personal, than of an artistic nature. Until the fall of 1916, the three friends Erwin, Paul, and Walter often sat together in the evenings in the Café des Westens. When Blumenfeld returned from the war in November 1918, he stayed with his poet friend.“ (Erwin Blumenfeld; A.O.)

In February 1921, on the occasion of Blumenfeld’s honeymoon in Berlin, the friends came together once more as authors of the work Cafe’ Berlin. The etching renders the dense atmosphere of a literary cafe in Berlin: the guests are smoking, drinking, and polemicizing. Citroen was the only one to command the technique of etching; overall, however, his hand is only recognizable in the drawing of the bride and groom.  The various signatures under the image do not coincide with the depicted ﬁgures and suggest that the image was made in commemoration of the evening, maybe even with the idea of it hanging on the wall of Cabaret Grossenwahn.“

Like so many artists of his generation, Mehring aspired to move to Paris: “I must say in advance that throughout four years of war. . . I had planned my ascent of Montparnasse and sworn to myself that I would do it as soon as the Hohenzollern monarchy was overthrown“ (Walter Mehring: Verrufene Malerei). In 1922 he implemented his plan and arranged to meet Tristan Tzara in Paris. At the end of the 1920s, Mehring visited the Blumenfelds in Zandvoort, as recorded in Blumenfeld’s contact prints (Fotografie; A.O.).

Not only did Erwin Blumenfeld love to read and write, he also ardently enjoyed reading out loud. In 1913, he founded a clique together with Citroen and Mehring. The group ﬁrst comprised boys only; the core members consisted of Rudolf (Rudi) Arnheim, Walter Seliger, Martin Wasserzug, Ernst Kirschbaum, and Walter Joseph; all were enthusiasts of literature, theater, and the visual arts (Fotografien; A.O.). Among the girls later also tolerated in the clique, we ﬁnd Lotte Herzfeld, to whom Blumenfeld devoted short stories,
poems, and letters. It was Blumenfeld who organized the meetings that took place at everyone’s home in turn. On these occasions, he would either read from his newest literary discoveries or from his own repertoire. In this context, however, he emphasized that he was unable to read out Schiller or Goethe, since he could only recite what he lived.

Walter Mehring was the all-important link between Herwarth Walden’s ”Sturm community” and Berlin Dada; he was also enthralled by the work of George Grosz. Mehring found mention in almost every letter by Erwin Blumenfeld to George Grosz and vice versa. But Blumenfeld was sometimes quite depreciative of his friend, who spent all his life as a bohemian poet par excellence and was maybe not cosmopolitan enough for Erwin’s taste: „Everything here stays Wee-wee Holland, as if Mehring had conceived
it.” (Erwin Blumenfeld 1930; A.O.) And in their correspondence of the 1930s, when commenting on Mehring’s hard circumstances, the tone is more mocking than worried.

Blumenfeld met many of his friends and good acquaintances in the Cafe des Westens in Berlin, called “Café Grossenwahn” (Café Megalomania) by the regulars. It is there, for instance, that he got to know Salomo Friedlaender-Mynona in 1913. He considered this philosopher and writer, born in 1871, as his spiritual father: „It was from his lips that I ﬁrst heard the magic words ‘psychoanalysis’ and ‘relativity’ and the name of Montaigne. He showed me the emergency exit out of my parent’s home through the ‘Café Megalomania’ (Café des Westens)“ (Erwin Blumenfeld 1999; A.O.) Friedlaender-Mynona’s grotesque Rosa, die schöne Schutzmannsfrau was a very special book for Blumenfeld. He read it out to his clique and wrote one of his own poems on the front page of his personal copy.